The last few weeks have been quite a whirlwind! We both finished our jobs on June 6. Della had her last day of school, which was a little bittersweet. It is obviously exciting to anticipate our trip, but she will miss her students greatly. Even going back next year, there will be a class of students who have left PBA who she will regret not seeing off. Eric also enjoyed a goodbye from work. He is excited that his job also offered him a general leave of absence. The leaves allow both of us to feel comfortable knowing that we have a job when we return home and helps to make some goodbyes easier!

We had originally thought that we would be able to leisurely get ready, pack the house, and prepare ourselves in the three weeks following June 6. We also had great plans of being able to do some of the great CO stuff that one should do if not working during the day: visions of hiking, spending days at the cabin, and laying by Cook Park pool danced in our heads. However, we quickly realized that there was way too much to do and not enough time to do it in! I won’t rehash our to-do list, but we will reiterate that it was extensive! The worst part however, was realizing each day that we not only had to cross stuff off, but we had to keep adding and adding! Luckily, we are proud to report that all things got done! We were able to hand off the keys to a clean and packed house to our renter on Sat the 28th, feeling pretty good. (Special thanks to Della’s parents for help with the final packing and for overseeing the house while we’re gone, to Regina with her mad vacuuming skills and awesome vacuum, to Chelsea for her attention to detail and attacking the massive cleaning job of the kitchen, and to Elizabeth for braving the spiders to help make the basement presentable!)

People kept asking how we were feeling, so we wanted to address that a bit. It is a hard one to answer though! We were stressed obviously, anticipating everything we had to do to prepare. We were nervous, knowing that we are about to leave everything familiar behind. We were anxious to just get started! It was hard to predict exactly what we would need until we were actually on the road. At the same time, we felt like we needed more time to get ready. When the time came to leave, we were grateful that we have a few days in NYC to help ease our minds and repack
the absolute essentials.

We are happy to say that as of 5:50 am on Sun the 29th of June, 2014 (another thanks to Della’s parents for the early morning airport ride) we are departed from Denver!!! Let the RTW begin! 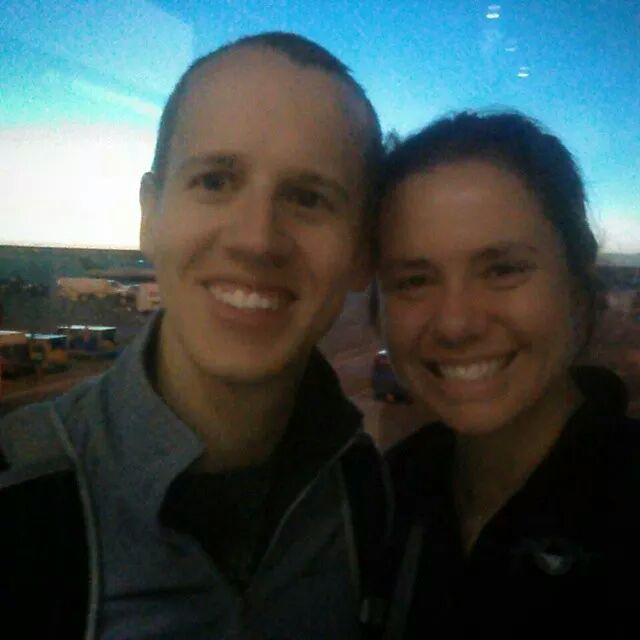 One thought on “We’re On Our Way!”