When we were researching for our visit to Myanmar, we had a few questions that we wanted the latest answers to. So, in case anyone researching for their own trip has these same questions, we thought we’d make sure our answers were available!

How Did You Get Your Visas?

We had originally planned to get them at the Myanmar Embassy in Bangkok during the few days we spent there before flying to Myanmar. However, we then heard about the new e-visa service being offered and decided that it might be simpler. We applied online while still in Denver, got a confirmation of payment within an hour, and then got our visas within three days, so it worked quite smoothly. The printed copy of the visa was accepted at the Mandalay airport without issues. From what we heard from other travelers, it would have been cheaper to get the visa in person in Bangkok ($20 vs $50 online), but it would also have taken up to 7 hours, so we think that was a good tradeoff.

Were You Able to Use the ATMs in Myanmar?

Yes! Although, we only ended up using them twice: once at the Mandalay Airport and once in downtown Mandalay at a bank. In both cases we used the ATMs from CB Bank. Both our Charles Schwab and Fidelity debit cards worked without issue. The ATM at the airport was a little scary though – it would randomly fail when giving the money. But we just tried again, and then it worked. 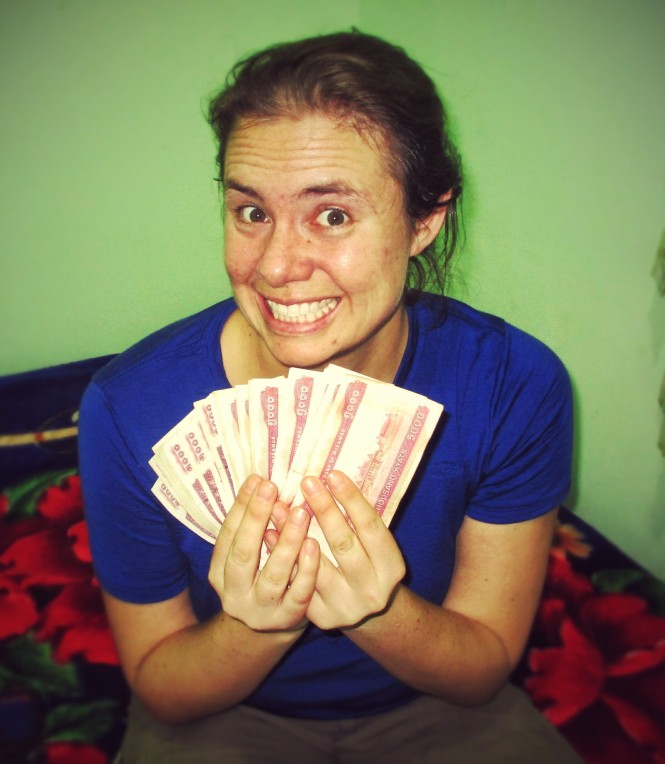 The ATMs dispense only 5000s which is the equivalent of a $5 bill. You end up with a LARGE stack of cash!

Do You Call The Country Myanmar or Burma?

Back home in the US, we knew the country as Burma. But once we arrived in the country, it was clear that all of the locals we met referred to the country as Myanmar, so that is what we stuck with. We’re aware that there is a political angle to which name you choose to use, but we didn’t ever hear enough of a debate on that to take sides.

Can You Drink the Water?

No, not even the locals drink it. But every one of our accommodations actually had a freely available jug or bottles of spring water for their guests.

How Is the Internet Connection?

Everywhere we stayed had at least some Internet connection. Some places it was surprisingly fast (Bagan) while others it was frustratingly slow (Inle Lake). But we were almost always able to get a small connection.