After we returned to the US following our round-the-world trip, we had a busy summer visiting family and friends within the country. In the latter part of June, we took a trip down to Texas to visit Eric’s family. We ended up seeing quite a few sights around the state.

One of our favorite days was spent touring the famous Spanish, Mexican and Texan sights in the city of San Antonio. Eric has a cousin who lives in San Antonio and graciously agreed to host us and Eric’s parents while we visited.

We found a self-guided walking tour online and did a part of it to explore some of the sights of the historic downtown. Based on where we were able to find free parking, we started the tour halfway through and only did the first part (and did it backwards). Some of the highlights included:

We ended our walking tour at The Alamo, arguably San Antonio’s and even Texas’s most famous attraction. The site was originally one of the Spanish missions, built as San Antonio de Valero in 1718. By 1793 though, it was abandoned, but then in 1836 it was used by the Texian Army during the Texas Revolution. It was the site of the famous Battle of the Alamo, where all of the Texian defenders were killed when the Mexican Army led by General Santa Ana overtook the fort. The massive losses later served as a rallying cry for the Texians as they won their independence. 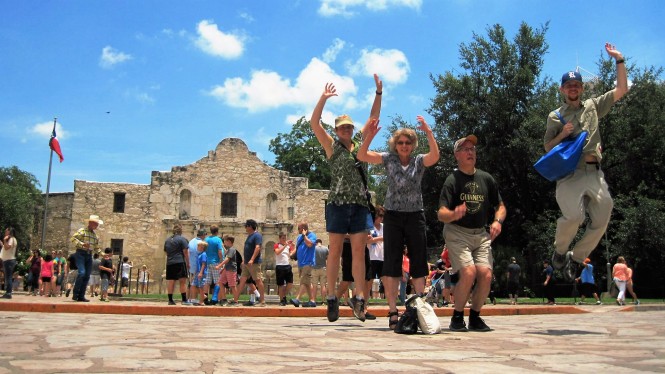 As such, this is a hugely important site in Texas history and a very popular site to visit. Also, surprisingly, it is free to visit. We purchased audio guides to better understand what we were seeing.

Not much is left of the compound from the battle of 1836. The image that most people think of when thinking of “The Alamo” is actually just the chapel building of a much larger complex. It is the main building still standing, so the bulk of the visit is focused there. Since many people died inside, it is treated as hallowed ground. 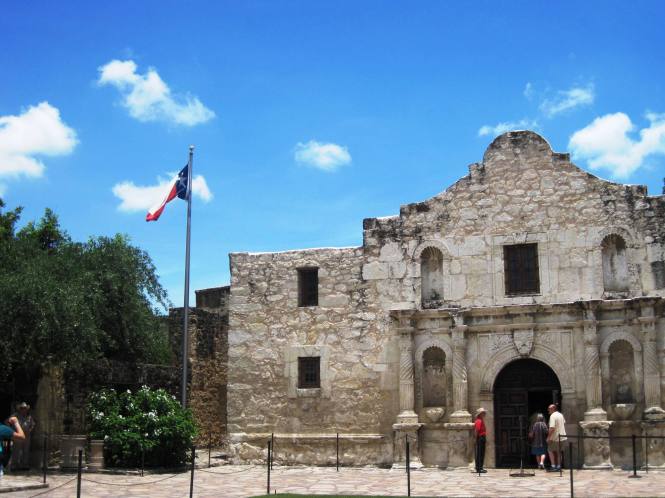 Throughout the courtyards of the complex are more informational signs about the Alamo and Texas history in general. It’s a fascinating story, so we spent quite a while just going through them. There is more information in one of the other still-standing buildings, the Long Barracks, but we skimmed through it because we wanted to have enough time for our final stop of the day. 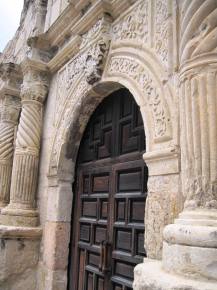 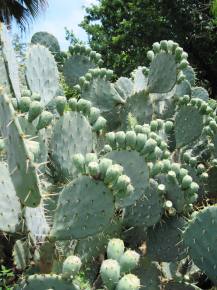 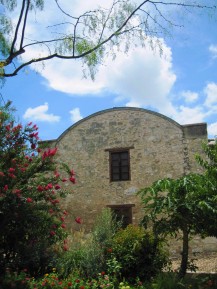 In the 17th and 18th centuries, Spain established Catholic missions in the New World in order to try and convert the Native Americans to Christianity. The area that is now San Antonio proved to be fruitful for this type of work, so many missions were built along the San Antonio River (including what we now know as the Alamo).

Today, the ruins of the missions comprise the San Antonio Missions National Historic Park (minus the Alamo, which is run independently). There is a nice hike-and-bike trail connecting them to each other and to downtown, but we were running low on time so we just drove.

We started at one of the largest and most well-preserved: Mission San Jose. We explored the grounds inside the well-built walls and the recently renovated chapel. There were only a few other people here, which was a nice change of pace from the busy Alamo. 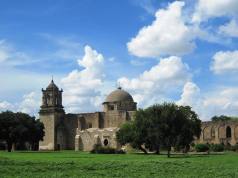 The park closed at 5, so we hurried and just drove by a few of the other sights: Mission San Juan, Mission Espada and the Espada Dam and Aqueduct. Just the brief glimpse was interesting, so we hope to get the chance  to return and visit in much more detail. 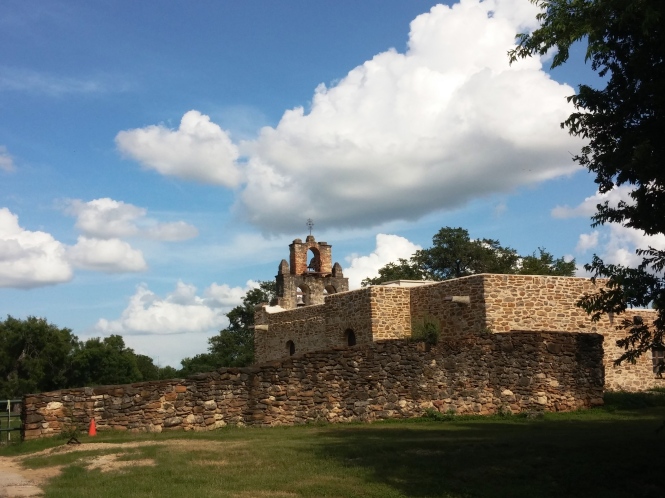 At the time of our visit, the missions and the Alamo were not UNESCO World Heritage sites (something that some of us, namely Eric, obsess over seeing), but we read that they were considered strong contenders to be named as such soon. And just a week later, they were! So now we can add the San Antonio Missions to our list of sites visited.

To cap off our day of sightseeing, Eric’s extended family took us to the up-and-coming development near the former Pearl Brewery. We had a nice dinner of Mexican “street foods” at La Gloria, then walked down and back up a newer, less-developed stretch of the RiverWalk. Both the kids and adults in the group were fascinated to watch sightseeing boats go up and down a set of locks along the way. 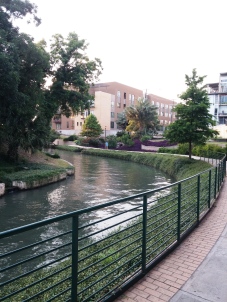 walking along the river 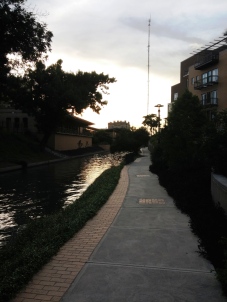 One day is clearly not enough to see all there is to see in San Antonio, especially if you are interested in all of the Spanish and Texan historical sites to be found. Thanks again to Eric’s cousin and her family for hosting us on our all too brief visit!