We were happy that we got to visit some family in Green Bay, WI during the summer. Della’s extended family live there, so we visit fairly often. However, we don’t always get to be tourists!

This trip, Della’s uncle and aunt decided that there was a new activity that we just had to try. We were going to see historic downtown Green Bay… via Segway!

We had never ridden Segways before, and to be honest, had been a little annoyed by them zipping around everywhere in Prague. At the same time, we were quite curious what it would be like.

We chose to do a Segway the Fox short tour which was a quick 50 minute intro to Segways and downtown. In retrospect, we do wish that we had more time with the Segways because that 50 minutes included introduction, practice, and then a very abbreviated tour. It would have been nice to have more time to play around on the Segways, and definitely fun to get a more in depth tour of old Green Bay.

We were impressed with the area! We hadn’t experienced downtown Green Bay before and we thought it was very cute. We enjoyed gliding around to the museum, over the river, and through some of the newly bustling streets. Downtown Green Bay seems to have had a lot of new development during the recent years, so it was even entertaining for Della’s family who live there! 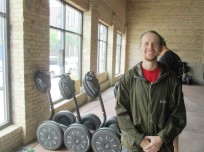 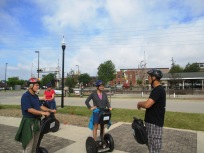 Our guide giving us some info 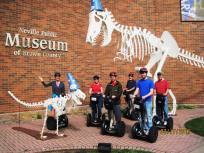 Group shot at the museum 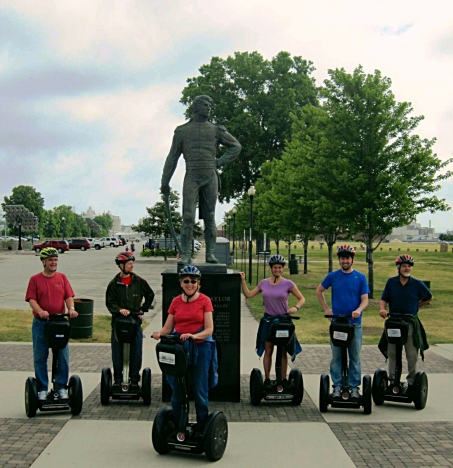 Group shot with the statue of Zachary Taylor, commander of Fort Howard for several years prior to being president 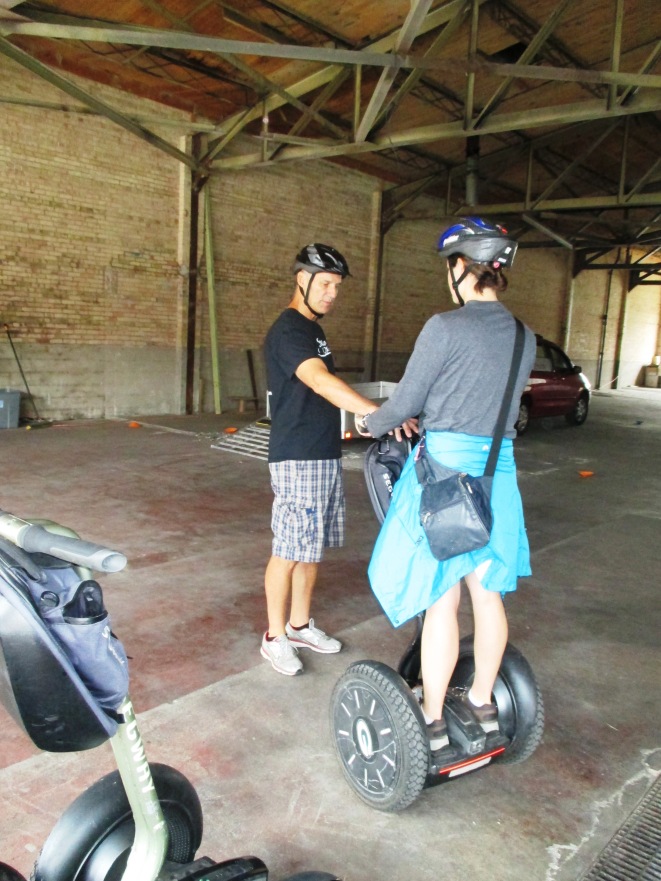 Learning how to correctly mount and dismount the segway

Other Things to Do in WI

We enjoyed a visit to the National Railroad Museum as well. It was a large complex with multiple interesting exhibits. It also houses several full historic trains which you can enter and explore. We had fun learning more about the Union Pacific Big Boy, which was the world’s largest steam locomotive. 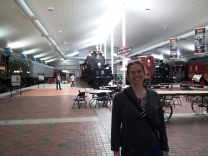 The museum with full size trains to explore 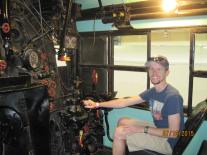 In addition to the exhibits, the museum offers a video about the history of the Big Boy, as well as a narrated train tour around the grounds.

We probably would have enjoyed looking at the museum in a little more depth, but this ended up being a slightly different kind of museum trip. Della’s cousins have some young children who joined us. It was refreshing to look at the museum through the eyes of kindergartners and to feel their excitement during the train ride and through exploring the full size display trains. However, it did change our normal museum pattern!  It was a fun way to spend an afternoon, with activities for adults and children!

We also took the weekend to visit Della’s relatives’ land “up north.” We visited the lovely lakes near St. Germain which is about a three hour drive northwest of Green Bay. We spent time biking through the area, enjoying the scenery, and swimming and water skiing the lakes. 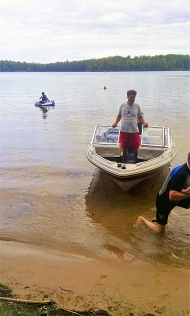 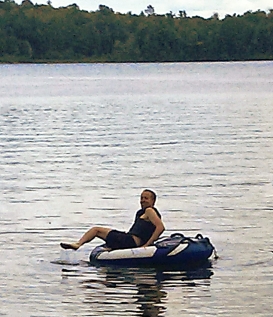 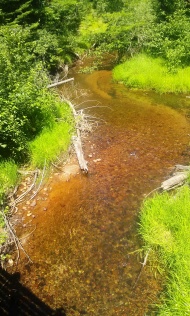 Overall, it was a wonderful trip to a familiar state. We hope to explore Green Bay as tourists even more next time we’re there!