After Kanazawa, we decided to stop in Shirakawa-go on the way to Takayama. We didn’t know much about the town, but Eric had been captivated when researching about the amazing traditional gassho-zukuri farmhouses. Initially, we had wanted to spend more time here and even stay in one of the farmhouses, but ultimately decided our best bet was just a day stop on the way through. 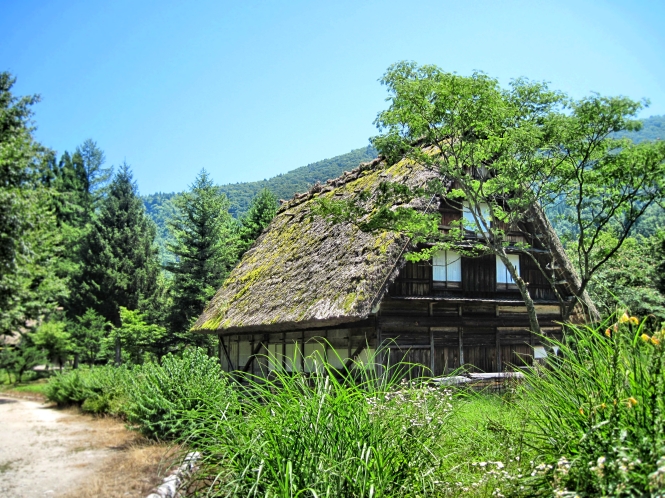 We took a bus from Kanazawa toward Takayama. (If you are looking to do this yourself, book in advance because the seats fill up quickly. We did it in person as the first thing after arriving in Kanazawa). We stopped about an hour and a half into the ride at Ogimachi, which is the largest village in the Shirakawa-go region.

Our first course of action was to rent a locker – they were huge and we had no problem fitting both of our big bags in just one locker. We also, immediately bought our on-going bus ticket to Takayama. This was good because we saw later that the buses could easily sell out!

Ogimachi is a UNESCO World Heritage Site because of the large amount of these unique farmhouses, some of which are up to 250 years old. Their triangular design helps them withstand harsh winters. They are quite large, often with multiple stories which allow the residents to both live and work within. 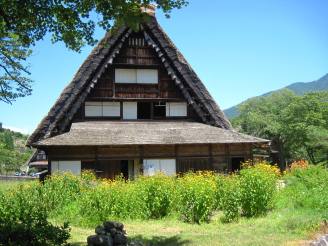 Our first stop was the open air museum. Many of the farmhouses from the surrounding region have been moved to this location in an effort to preserve them. As we wandered around, we were able to read about the construction of the houses and their various uses. We enjoyed being able to enter and explore the multiple floors in several of them. The first floors often looked like many of the traditional Japanese homes that we had already seen with bamboo mats, decorative screens, and open fire pits. As we climbed up the stories, the areas became more open and full of different kinds of tools used in farming. In the museum, we also saw some clothing and other artifacts that had been worn by and used by the original farmers. 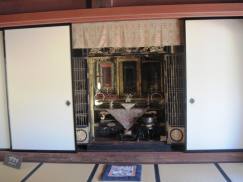 After enjoying the picturesque open air museum, complete with gardens, colorful flowers, and rock strewn bridges, we decided to stop for lunch. 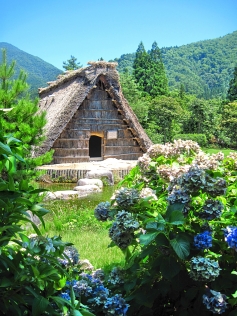 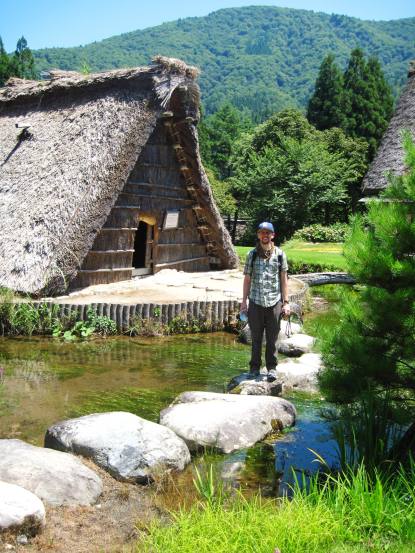 We ate at a traditional soba restaurant right near the museum. We both got the set meal which included Hida beef (a regional specialty) over rice and cold soba noodles with a soft-boiled egg.

Afterwards, we wandered through the main village. Here, most of the farmhouses double as shops, restaurants, or even places to stay. There were several others we could have paid to enter, but instead we just enjoyed the glorious day. The sky was a clear blue and the fields were a brilliant green.

We took the hike up to the Shiroyama Viewpoint which gave us a lovely panorama over the whole valley. After basking in the view for awhile, we headed back down the mountain. 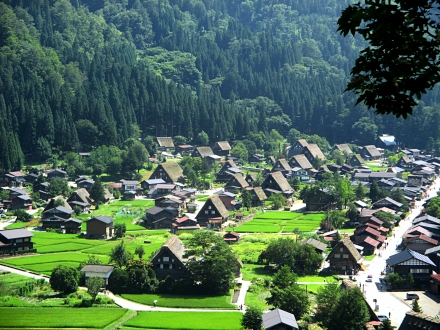 By this point, we were quite hot and tired, so we stopped to get a Green Tea flavored ice cream and to rest and cool off in the shade. 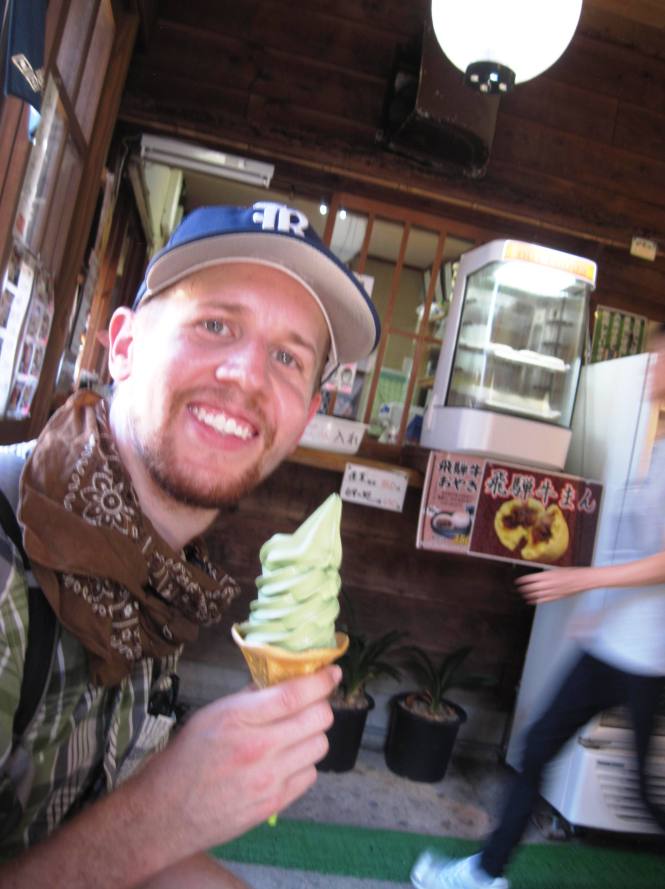 Overall, it was a lovely day and we thought it was well worth the stop. We were lucky that we headed back to the bus depot 25 minutes early though. Others were already lining up for the bus. We joined them and the bus came, loaded, and left 15 minutes before the scheduled time! 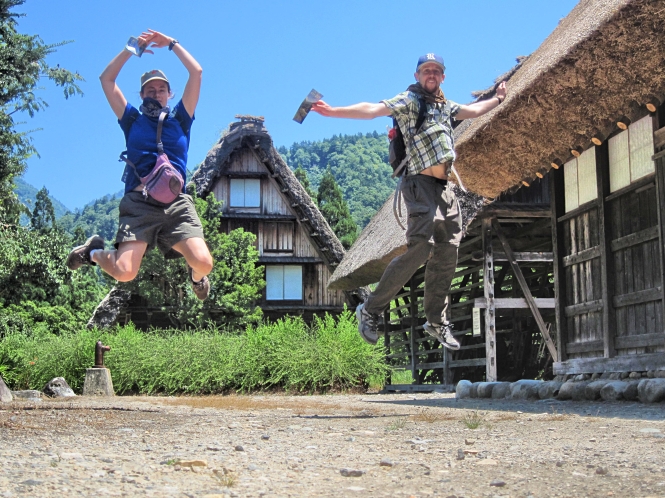 One thought on “Honeymoon in Japan: Shirakawa-go”