Butrint was the first large ruin we visited in Europe. This archaeological site has a fascinating history: it has been the location of Greek, Roman, Byzantine, Venetian and Ottoman settlements. Old structures from all of these are scattered throughout this small park located on a peninsula in a lagoon off the Straits of Corfu.

The ancient site of Delphi was a pilgrimage site located in the Peloponnese of Greece. The biggest part of the site is the sanctuary of Apollo, the big destination for those coming to consult the Oracle. Delphi was an active site from at least the 8th century BC up until the 4th century AD (meaning even the Romans kept the site active). Since it was such a popular site, many of the different Greek city states built “treasuries” containing offerings to Apollo to thank the oracle for her advice. The most well-preserved of the treasuries is the Athenian Treasury, built by the Athenians to commemorate their victory at the Battle of Marathon.

Olympia was the host site for the ancient Olympic Games from the 8th century BC all the way until the 2nd century AD. These ancient games were not just an athletic competition: they were also a chance for the Greeks to pay tribute to their Gods. Therefore, the site has quite the collection of ruins, both for athletic and sacred events.

Temple of Zeus with fallen columns

Mystras is the ruins of the medieval fortified Byzantine city located near Sparta. It is considered as one of the last remaining centers of Byzantine culture until the empire fell in the 15th century. It is located on a mountain with the ruins of the castle at the very top, with monasteries, the palace, and residences on the way down. The monasteries were both abandoned and active with some old but well-preserved frescoes that gave a glimpse into the Greek Orthodox culture as it existed during the late Byzantine period. 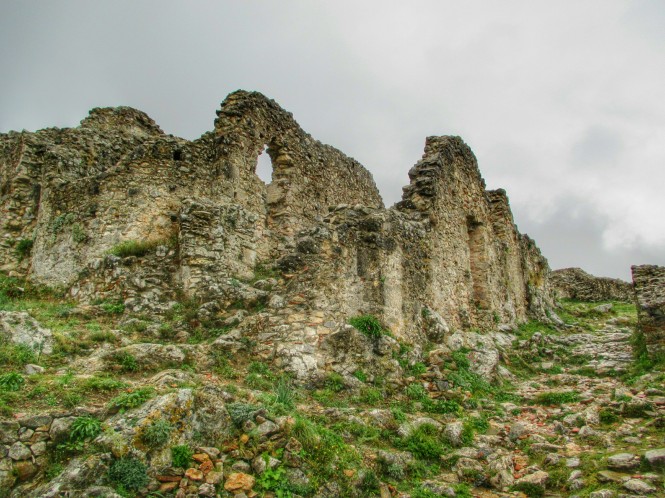 The ruins of the castle of Mystras

Ephesus is on the western coast of Turkey. According to Lonely Planet, it is the most complete classical metropolis in Europe. It started around the tenth century BC and was once part of the Ionian League. It also served as the Roman capital of Asia Minor. Its Temple of Artemis was the biggest on earth and one of the Seven Wonders of the Ancient World. Unfortunately, all that is left of that Temple is one solitary, lonely, rebuilt column. The rest of the site is quite extensive and includes a large marble-paved sacred way, lined by different structures, such as temples, fountains, public baths and even a public lavatory. The most impressive piece of architecture is the restored facade of the Library of Celsus. 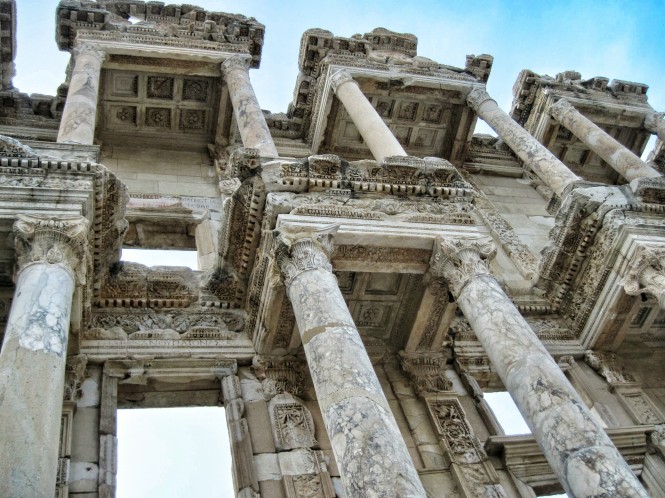 Tlos was one of the most important cities in ancient Lycia. It is a fascinating site because it has been pretty much continually occupied from the time of Lycia all the way up to the Ottoman Empire in the 19th century! It has the distinctive rock tombs of Lycia, as well as an a Roman-era acropolis, theater, stadium, and baths. In addition there are Byzantine church ruins and an Ottoman-era fortress atop the peak. Another thing that makes Tlos impressive is its absolutely awesome setting, situated in the foothills of the Akdağlar mountain range. 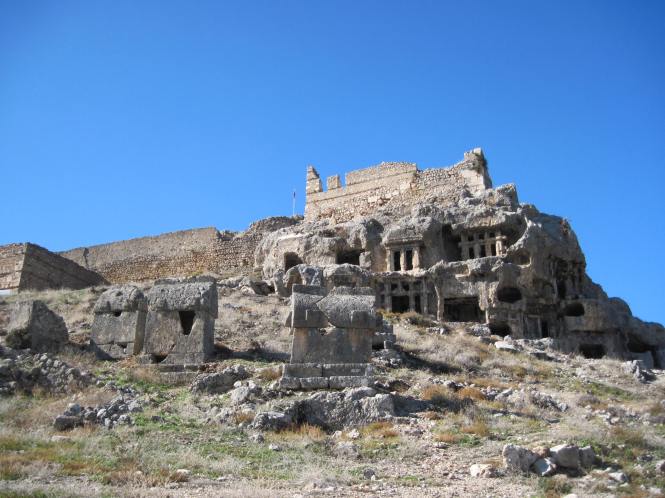 The area of Bagan  is a large plain next to the Ayerawaddy River that is covered with over 3000 Buddist temples built from 11th to 13th century.  After years of neglect, many of the temples have been restored and Bagan is one of the highlights of any itinerary in Myanmar. This site was the largest that we had seen thus far on the world trip.

This was another site that was extremely large, stretching over some 400 square km. Angkor  contains the magnificent remains of the different capitals of the Khmer Empire, from the 9th to the 15th century. The kings who ruled over the empire constructed large numbers of temples in the city as befitting of its status. They include the famous Temple of Angkor Wat and, at Angkor Thom, the Bayon Temple with its countless sculptural decorations, and many others. 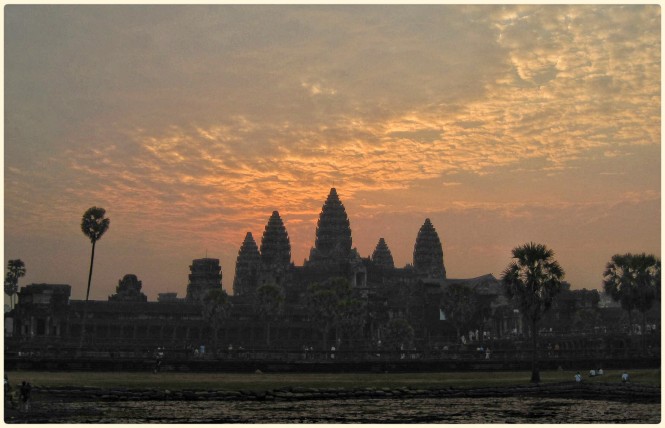 The Sukhothai kingdom came into prominence in the mid-13th century AD after the Khmer empire began to decline. It grew into a strong regional power and is known today for the unique artistic style that can be seen in the remaining temples. There are a large number of ruins to be seen which are spread out over a moderately-sized range. We particularly enjoyed Wat Si Chum, which contains an impressive large Buddha that is a great example of the Sukhothai style of art. The location of this image helps amplify its impact: at first you can only see the face, until you slip through a narrow passage and find yourself at the base of the immense seated figure.

Looking up at Buddha

The kingdom of Ayutthaya, located on an island in the middle of a river about 50 miles north of present-day Bangkok, came into prominence a couple of centuries later than Sukhothai. It was the capital of the kingdom of Siam and the major trading port with the outside world. An invading Burmese army destroyed most of the city in 1767, but some restoration has been done. Our favorite part was a unique and curious sight: the head of a Buddha image wrapped up in the roots of a tree. No one is sure how this got here.