After seeing so many interesting sites and learning many facts about places all around the world, we thought it would be interesting to arrange the different places and events on a timeline to provide more of a context for the different highlights.

Towards the end of the fifth century BC, Athens lost the Peloponnesian War to Sparta and the classic era of Athens came to an end. However, Greece was still a major player in the events of the world, with the conquests of Alexander the Great spreading its influence far and wide.

380 BC – Butrint Fortified With a New Wall

The city of Butrint in present-day Albania was a Greek city that grew in importance during this era, enough so that a large wall was built to protect the inhabitants of the island. We walked through this wall on our visit to the ruins on a day trip from Saranda. This site was later a major Roman city, so the Greek ruins were mixed in with those from later time periods.

375 BC – Temple to Aesclepius constructed at Epidavros

The Greek city of Epidavros was a pilgrimage site for those looking to be healed of physical ailments. Therefore, a temple to Aesclepius, the god of health, was built here. Not much is left of the temple today. We visited Epidavros as a day trip from Nafplio.

One of the most iconic ruins at the Greek city and pilgrimage site of Delphi is the partially reconstructed ruins of a tholos, a circular temple. Archaeologists are still debating the purpose of this structure.

In front of the Tholos

Mid 4th Century BC: Stadium at Olympia Moved to its Current Location

The city of Olympia was the site of the ancient Olympic games, a Panhellenic competition between athletes from all over Greece. We spent a nice afternoon in the ruins of this stadium.

350 BC – Tomb of Amyntas built by the Lycians in present-day Fethiye, Turkey

The Lycians were a civilization based along the “Turquoise Coast” of southwestern Turkey which existed concurrently with the Greeks and Romans. They were known for creating elaborate tombs in which the rock was carved to look like wood. A grand example of one of the tombs is carved into the hill overlooking Fethiye.

The Tomb of King Amnytas

Sometime in the 4th Century BC – King’s Tomb built in present-day Kaş, Turkey

Another type of Lycian tomb we saw was in the style of an elaborate sarcophagus elevated off the ground on a large platform. There is an impressive example of this style of tomb called the “King’s Tomb” in the middle of the modern city of Kaş. 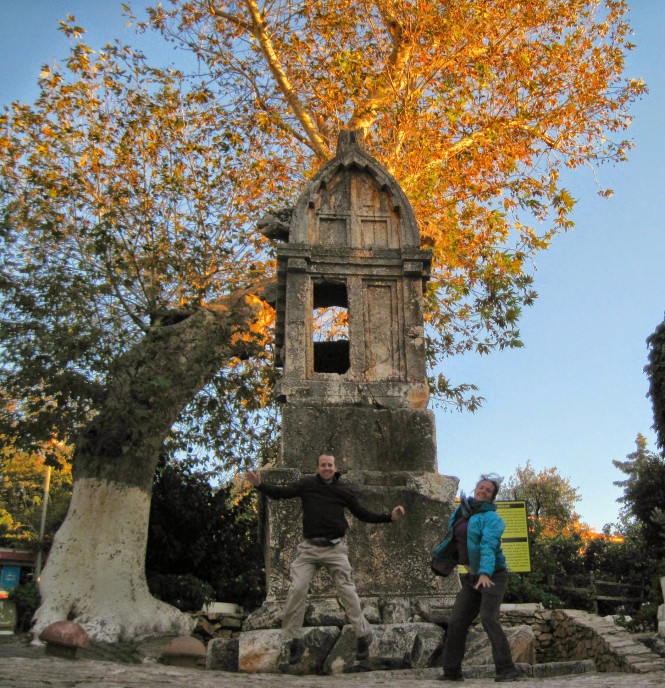 This bronze sculpture was found as part of the Antikythera shipwreck, hence its name. It is considered one of the classic Greek sculptures. Since we can’t see what object the subject is holding, we aren’t sure who it is, but many people believe it is Paris holding the golden apple. We viewed this sculpture at the National Archaeological Museum in Athens.

338 BC – Phillippeion in Olympia constructed

Philip II of Macedon, Alexander the Great’s father, had a monument constructed at Olympia to celebrate his victory in the Battle of Chaeronea, in which he defeated an alliance of Greek city states including Athens.

330 BC – Temple of Apollo at Delphi rebuilt after an earthquake

The main attraction at Delphi was the Temple of Apollo from which the oracle would issue prophecies and give advice.

Jelfie in front of the entrance to the temple

330 BC – Initial Construction of Theater at Epidavros

As mentioned earlier, Epidavros was a pilgrimage site for those looking to be healed. Its main attraction today though is its large Greek theater, which has been amazingly well-preserved. We enjoyed taking turns standing on stage while the other person ran to the top to test the amazing acoustics. 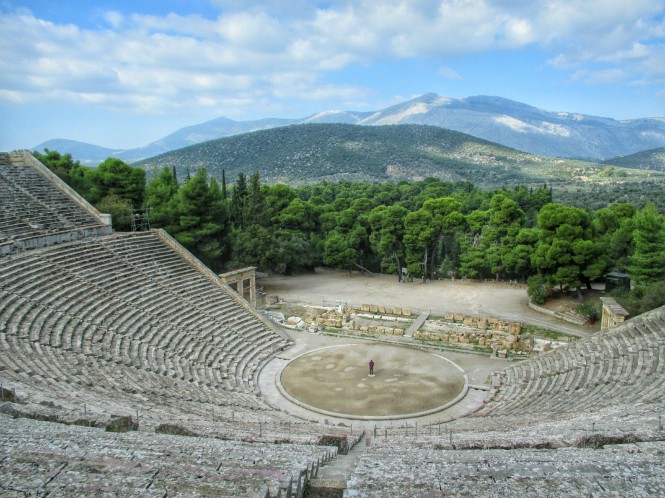 329 BC – Panathenaic Stadium rebuilt in marble

This large stadium in Athens was the host site for the Panathenaic Games, another Panhellenic festival held every four years. It was extensively renovated and reused for the first modern Olympics as well. We stayed in an Airbnb just behind this stadium during our second visit to Athens. 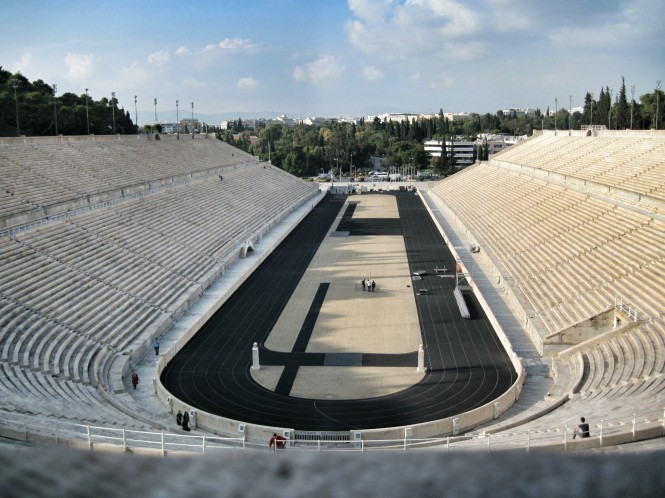 The view from the end of the stadium. They were setting up for the marathon finish line

In addition to the King’s Tomb mentioned earlier, Kaş also has another impressive Lycian tomb on a hill overlooking the city. It is called the Doric Tomb based on the shape of the column outlines carved into the wall. 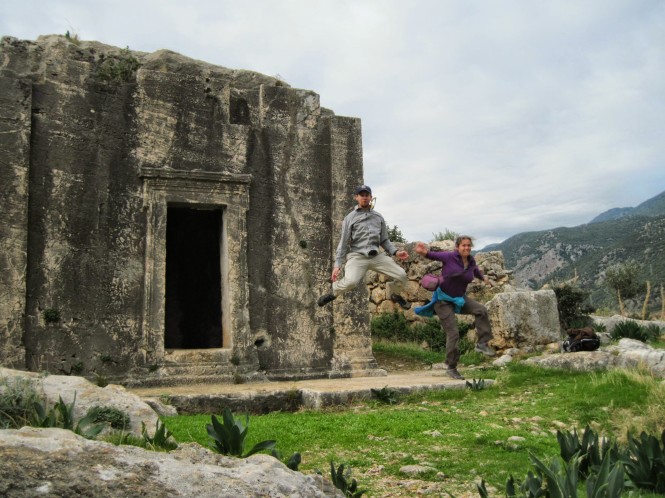 We didn’t see any artifacts related to Alexander the Great, but his death was such a large event that we thought it was worth putting onto the timeline for context. He had stretched his empire from Greece all the way to present-day Pakistan. He died at the age of 32.

After Alexander’s death, Greece entered into what is known as the Hellenistic period. Greece’s influence remained strong, but its art and culture would not continue to make the great steps forward that it had during the classical period. In addition, a new power began to arise in the Mediterranean which would shape the next few centuries.